The milling cutter's cutting edge is subjected to an impact load each time it is plunged. In order to successfully mill, you must consider the correct contact between the cutting edge and the material during cutting in one cut. In the milling process, the workpiece is fed in the same or opposite direction as the rotation direction of the milling cutter, which will affect the cutting in and out of the milling and whether the method of up milling or down milling is adopted. 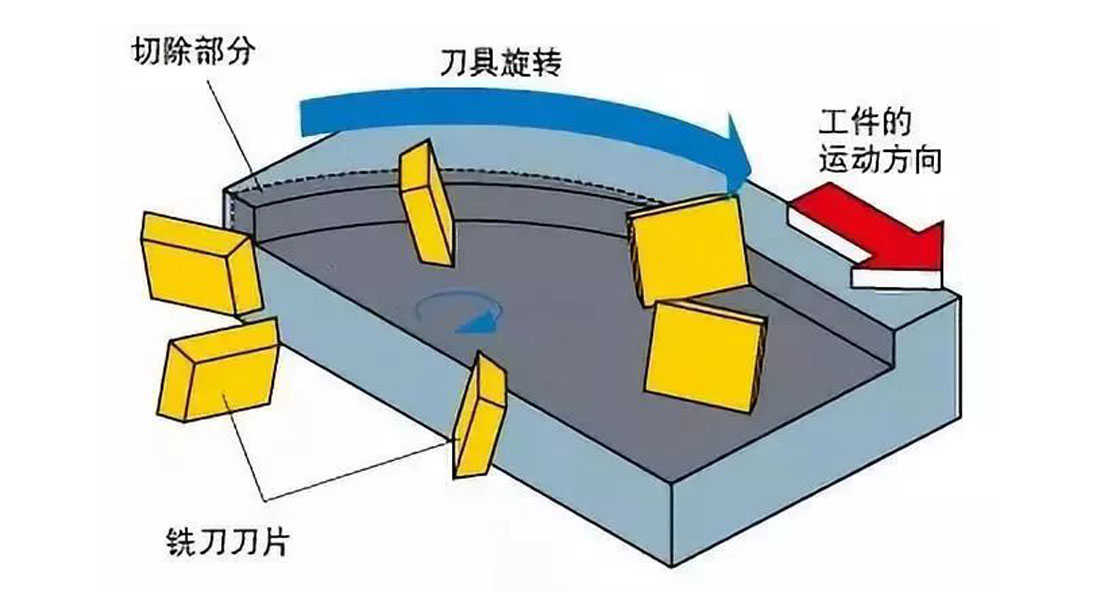 The golden rule of milling-From thick to thin

3Features of up and down milling

① When cutting down, the cutting thickness of each tool is由Small to large gradually changing.Also, the sliding distance of the cutter teeth on the cutting surface is small. At the same time, the distance traveled by the cutter teeth on the workpiece is shorter than that of up milling. Therefore, under the same cutting conditions, the tool is prone to wear when using down milling. 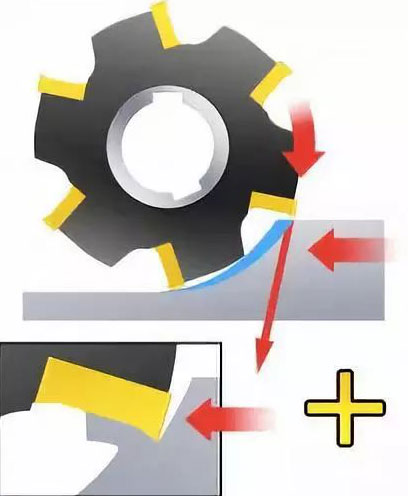 ② During up-milling, the table screw and nut can always keep one side of the thread tightly fit.During down milling, because the direction of the horizontal milling force is consistent with the workpiece feed motion direction, the force of the cutter teeth on the workpiece is large, so that there is a gap between the table screw and the nut and it cannot be closely fitted. 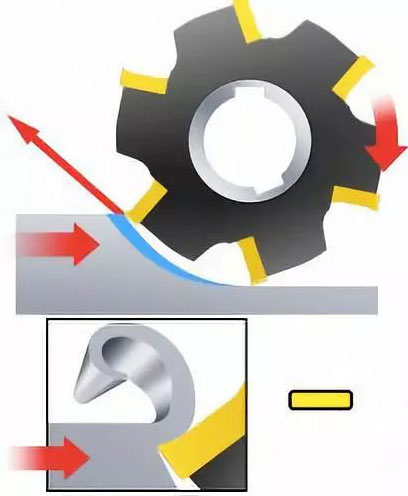 ③When counter-milling, the cold hardening of the processed surface is serious.

④ Down milling should not be used to process hard-skinned workpieces.

⑤ The average cutting thickness during down milling is large, and the cutting deformation is small.

⑥ The feed direction of the tool has different requirements on the workpiece fixture. During up-milling, the workpiece holder must be able to resist lifting forces. It must be able to resist downforce during down milling. Down milling and down milling have their own characteristics. In the actual production process, after each cutting, full consideration should be given to the correct way of contact between the cutting edge and the material when cutting in and out, before deciding whether to use down milling or up milling.

Home
Products
About Us
Application Scenario
Information Centre
Contact Us

EED established on 1984, headquartered in HANGZHOU, CHINA, is a comprehensive  enterprise that specializes in the research, production and sales of speed reducers.